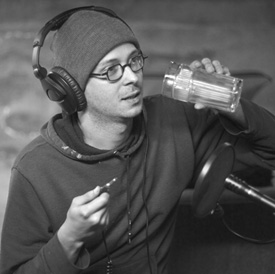 On right after math quiz podcast One In A Million, this is our Jesses From Ukiah special, with our guest this time being Jesse Brennan, a now-Portlander from the same California hometown as co-host Jesse Holden.

We dig into sketchy yardsale recording setups, improvised art, the merits of reaching vs. grasping creatively, Brennan’s Frope, It’s Not Saturday project, dealing with internet comments, computers as consumption vs. creation devices, the torture of remembering that you forgot an idea, post-project depression, pirate radio, and, sure, cloacae, why not.

We also talk about several of Brennan’s creative projects, of which, links: Coffee Critics, an animated short in which Holden briefly appears as well; HANGIN OUT WITH TROUT with Captain Marty; Eggs on America; and the big one, which juuuust finished up its second season between when we recorded this and when we’re posting it, Frope, It’s NOT Saturday!

Music this time out is a couple of Chippy & CuddleBug songs by Brennan: Blood and Vacation Song. 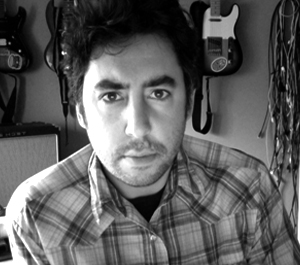 This time on The Crapshoot (airing right after the debut/finale episode of the Words That Rhyme With Orange podcast), we sit down with an actual Canadian, visiting Ottowan musician Brad Turcotte, who has for years now been making catchy-as-hell music under the moniker Brad Sucks.

We managed to snag Brad for some beers and BSing on his very first visit to Portland, in town for the second ever XOXO conference; we ply him for thoughts on his musical career, his coding projects from back in the day, dealing with anxiety through creative work and vice versa, the nature of fandom and fanbases, David Bowie, Robo Taco, where in Star Wars Machete Order the Battle of Endor and other spinoff episodes belong, and just what’s so great about having the higher ground if you’re an angry guy with a laser sword.

Music this time is a couple of tracks from Brad, the classic Making Me Nervous and his recent Bowie cover Soul Love.

In our sophomore outing (on right after Kent’s Catcast), it’s just your two cohosts, drinking beer and tackling a bunch of life’s tough questions, like: do kids know what a CRT is? What will 30th century anthropologists make of podcasts about Hellraiser? How do you do a mixtape right? What’s the deal with indie video games? And, hey, could a person standing on the moon throw a baseball into the sun?

And a lot more. Remember Myst? We do. We talk about that a bit.

Bumper music this time is a few old shortish weird things Josh has recorded: Have Yourself A Walken Little Christmas, Town in a Lake (a song written by Jessamny West about the time Randolph, VT was misplaced by Google Maps), and the Aural Times non-classic Ernesto! Ernesto! Ernesto!.

The theme song from Kent’s Catcast is, of course, an excerpt of Bach’s Bourrée in E minor that he’s taught his cats to sing.

If you want to check them out, the video games we mentioned included Gone Home, Dear Esther, and Braid, and the podcast episodes on Cabin in the Woods are Jesse’s In the Cut: This Majestic, You Know, Merman and Josh’s We Have Such Films to Show You: Cabin in the Woods. 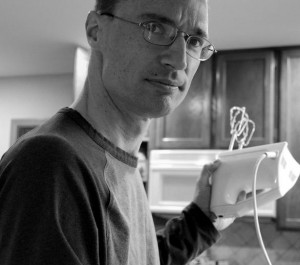 In our debut episode of The Crapshoot, we sit down and bullshit for an hour with local comedian, writer, and world champion palindromist Mark Saltveit about sentences that go backwards AND forwards, his new football philosophy book The Tao of Chip Kelly, what a big screwup Upton Sinclair was, and how none of us seem to know how to pronounce words correctly.

We also workshop a joke, make some questionable “eagle” puns, hear Mark’s palindroming origin story, and develop the first thumbnail sketches of a theory that every great accomplishment  was actually a failed effort to get people to eat more cod.